Native Mineral Resources (ASX: NMR) reports that it has intersected a hematite and magnetite alteration system associated with a potential ‘groundbreaking’ IOCG system at its Helios Target in Western Australia.

The results, which come from a maiden mixed RC and diamond drill hole, represent a ‘significant’ geological milestone for the company, representing the first-ever drill hole into basement rock in the under-explored Madura Province. Assays and geochemical results remain pending.

Speaking on the update, Native Mineral Resources Managing Director Blake Cannavo said: “NMR is extremely excited about the results obtained from the maiden drill hole at our 100% owned Helios target. The geology appears to be very similar to that of the other large Australian IOCG deposits, and we are pushing to identify the IOCG mineralisation related to the alteration.

Exploration interest in the region continues to grow with many new exploration tenement applications, including some of Australia’s most prominent miners. This is a phenomenal outcome for NMR as we strive to become the first company to discover an economically viable deposit in the Nullarbor.”

The company also notes that the results highlight a 2km long x 1km wide central magnetic anomaly at Helios, which is comparable to a magnetic anomaly style that is commonly associated with IOCG deposits such as Ernest Henry.

Interestingly, the intercepts include hematite and magnetite-bearing felsic breccias and hematite alteration that reportedly increase with depth to the end of hole at 500.9m. 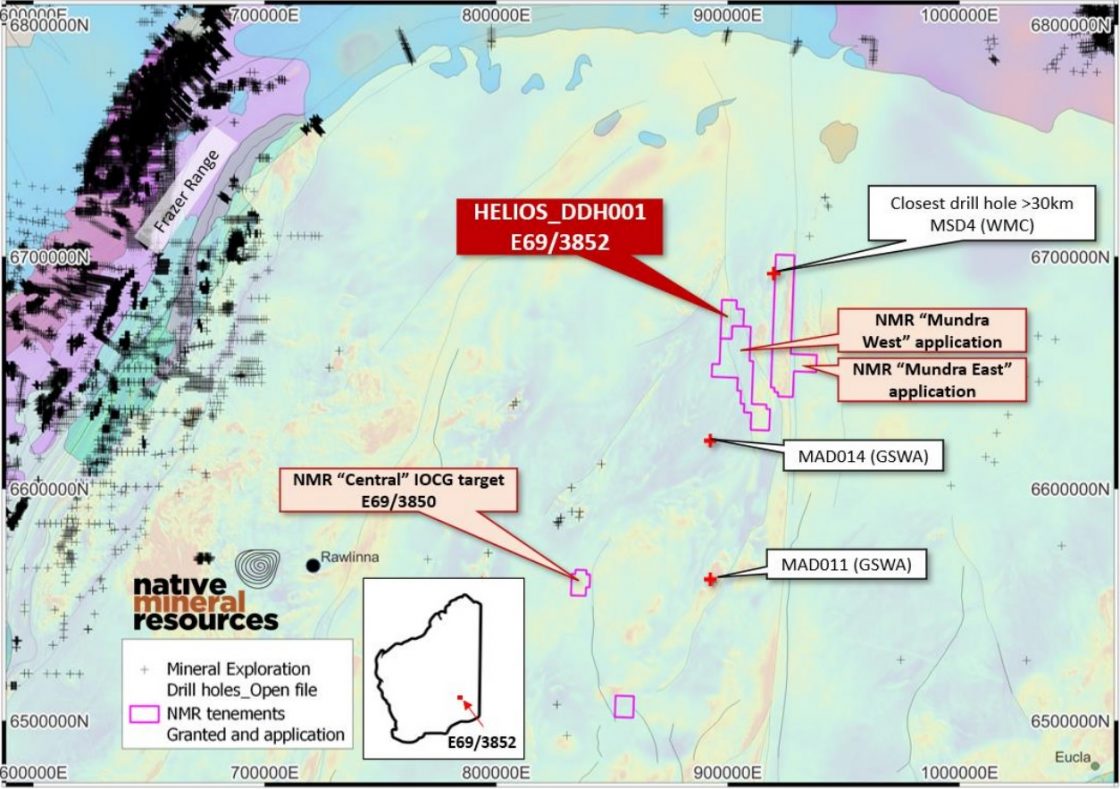 The 100%-owned Helios target is located within the Madura tectonic province in south-eastern Western Australia. This key area in the Nullarbor has undergone limited drill testing and displays characteristics to host other remineralised terrains, with NMR being the first company to explore this tenement.

The company reports that it has moved forward with drilling at a second IOCG target approximately 120km southeast of Helios while it refines targeting for a second hole at Helios. This work will be tasked with locating potential copper and gold mineralisation associated with the alteration.