The results, generated from six holes, have returned grades up to 7.1g/t Au, and have now confirmed gold mineralisation extending for over 330m southeast from the Bollard Pit.

Addressing the results, Odyssey Gold Managing Director Matt Briggs stated: “These RC drilling results at the Highway Zone represent a significant extension to the gold mineralisation at the Bollard Pit. The Bollard Pit is 300m long and these holes demonstrate the mineralisation extends for a further 330m to the east.

The structure is open along strike and is now trending towards historic soil anomalism 500m to the east/northeast and Rab results 800m to the northeast. The RC and diamond drill program is continuing on the Cable Bollard Trend, Highway Zone and other shallow open pit targets.”

The company also notes that this new found eastern mineralisation extension is interpreted to dip to the south and is composed of vein and sulphide over broad widths.

In addition, the results have demonstrated the potential growth of the existing gold system, with the mineralisation now extending over 1.6km of strike and to a vertical depth of 160m. 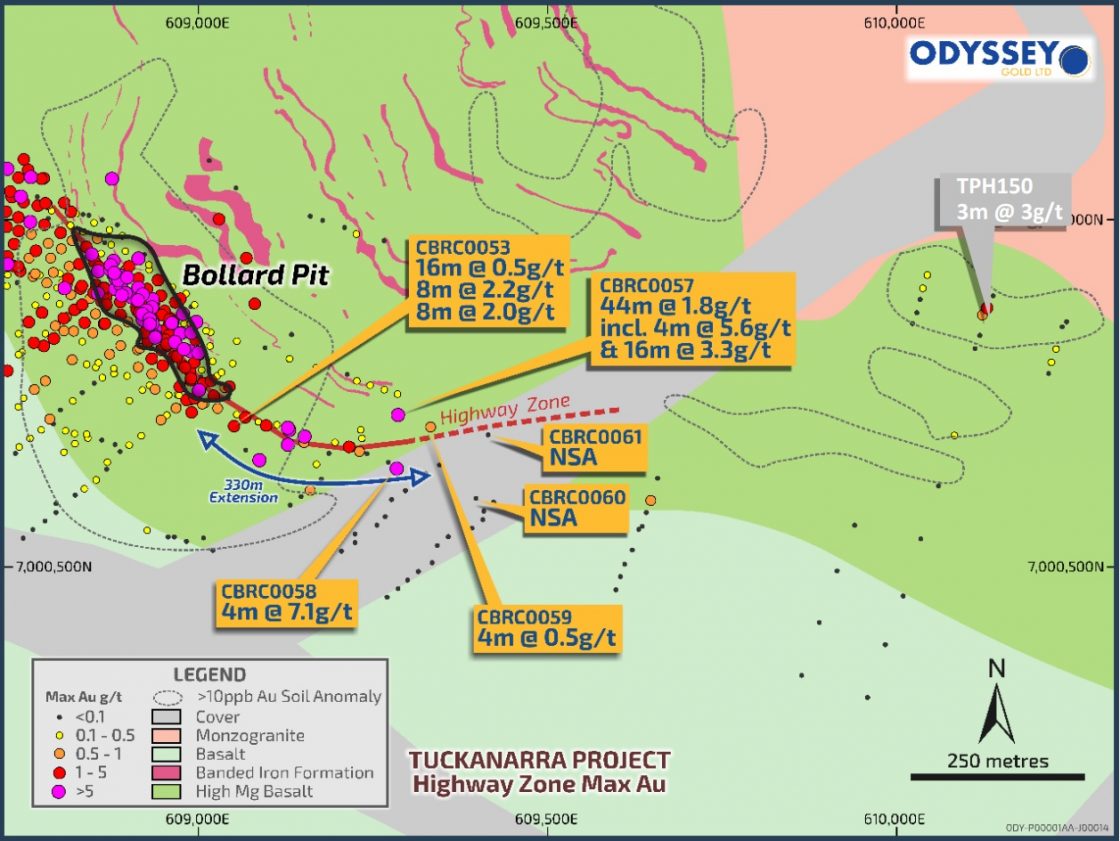 The Tuckanarra Project is home to five shallow oxide pits that were mined in the 1990’s producing 101,100oz at an average grade of 3.9g/t Au.

An additional ~40,000oz were produced at an average grade of 7.2g/t Au from the only modern underground mine that exists at the project.

The company notes that it is on target to ‘rapidly determine’ the prospect’s gold extents, and will move forward with additional RC and diamond drilling to test mineralisation to the north and east, in addition to drilling for oxide mineralisation up dip of the existing intersections.