This article is a sponsored feature from Mining.com.au partner Victory Goldfields Ltd. It is not financial advice. Talk to a registered financial expert before making investment decisions.

Gold is considered to be a safe haven.

It appreciates in value over time and the precious metal is particularly prevalent in many regions of the country, particularly the Murchison province of Western Australia near which the Shire of Cue is located.

Victory Goldfields (ASX:1VG) started out like many gold mining minnows – searching for the next big gold deposit. For Victory, its focus is on the well-endowed Cue goldfields of Western Australia.

Located less than 700km from Perth, Cue is regarded as one of the most prestigious mining districts of Western Australia with a long and storied history of gold exploration and production.

Chasing gold, the company has enjoyed early signs of exploration success with a maiden resource at Coodardy, backed by a plethora of historic data. Victory has about six “really strong targets” it is focusing on, including Emily Wells, Young Australia, the Mafeking area, and North Stanmore. 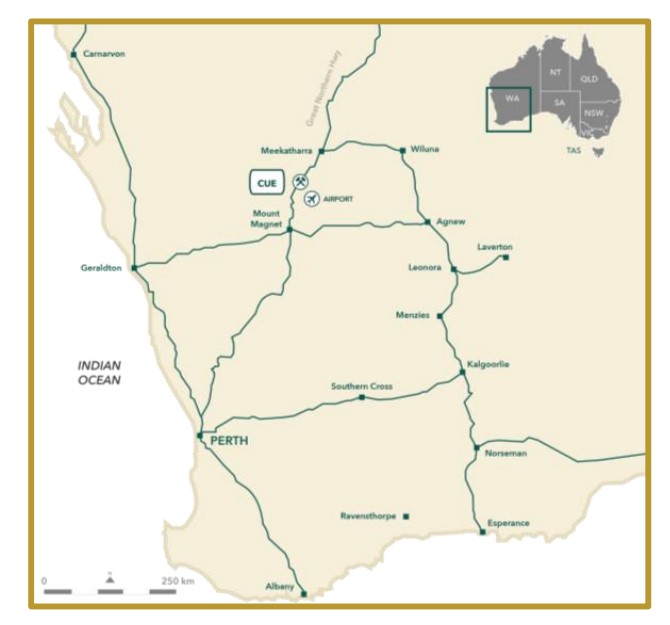 Victory then, as most exploration companies do, increased its assaying suite to include some lithium pathfinders which came up with the important element yttrium. From there, rare earth elements have held the company’s attention.

Yttrium is commonly used to make alloys with other metals. Its most interesting applications are in lasers and superconducting materials.

Executive Director Brendan Clark explains the REE attention: “Obviously, our focus was gold and base metals, but as an exploration company you are always open-minded about what comes your way.

Base metals were always at the back of our mind as well given the potential of the Cue region.

But that North Stanmore Project is what started us on our rare earth discovery journey.”

As Clark notes, these results directed Victory to commission the services of an expert REE specialist and geochemist Professor Kenneth Collerson to interpret the results. What was reported was an average Total Rare Earth Oxide (TREO) grade of 1,020ppm and a Heavy Rare Earth Oxide (HREO) of 419ppm, with the highest TREO concentration reaching 3,872ppm.

Clark adds, yttrium is a vector for rare earths and in particular, heavy rare earths.

“With rare earths you create a basket and the more heavy rare earths (HRE) you have, the higher the basket price will be.”

According to Clark, the early indication is that Victory’s rare earth basket price, predominantly due to the significant presence of HRE, could be higher than average compared to other economic operations.

From a value perspective this is obviously attractive, however the company’s overall tenement package is equally exciting and appears that it could enable a re-rating of Victory’s current valuation.

“The thing that’s really interesting about the Victory package is our tenements are mostly contiguous and the company is not restrained with area around the REE discovery.”

All our package runs north to south, and we have significant scale and what’s really exciting is that a very large amount of our tenement area is underexplored, or totally unexplored.”

In the next month, Victory will undertake aeromagnetic surveys to be flown at about 30m above ground level “to get the ball rolling on these underexplored areas” as the next steps to generate exploration targets.

What is attractive for Victory is that the TREO is comparable to several global saprolite (ionic clay) deposits that also contain the critical metal scandium.

The benefit of that is twofold – one, as Clark notes, ionic clay deposits are less capital intensive than hard rock deposits and are “more economical” as there is no crushing and the recoveries are much higher.

The second is that scandium is critically important in the global economy. But more on that later.

Victory is yet to fully test the metallurgy but so far early indications are that there could be 80-90% recoveries in these clay systems.

Another aspect working in Victory’s favour is that a large portion of its rare earth basket are the magnet metals dysprosium (Dy), terbium (Tb), praseodymium (Pr) and neodymium (Nd).

The world needs these metals as they have a range of uses in a decarbonised global future including being used in electric vehicles (EVs) and wind turbines. In fact, these two metals can make EVs lighter and more efficient, meaning their driving range can more than double to more than 700km.

The review of the basket content of magnet REOs at North Stanmore indicates a high proportion of strategically important critical HREOs but possibly none as important as scandium.

Adamas Intelligence forecasts that the value of global magnet REO consumption will triple to $46.2bn by 2035, which affirms the potential opportunity with Victory’s discovery.

Clark explains: “The reason why it’s so significant is that in the aerospace industry, and in particular the military industry, such as military fighter jets, is in need of scandium.”

Countries such as the US, the UK, and Australia are increasingly needing scandium however mining is dominated by the high sovereign risk countries China and Russia.

Being a supplier of choice from a low sovereign risk country such as Australia is at the forefront of Victory’s mindset.

“If we continue to get, and I can’t see why not, those levels of scandium we are recording, it’s significant because some companies are reporting scandium at 12.5ppm, and we average 60ppm and as high as 90ppm in some assay results.

“The importance of scandium you really can’t overstate, and what is happening across the world means we have a really great strategic position and the potential to have a deposit of scale within 700km from Perth, I tell you that’s pretty exciting.”

Clark notes that the potential for Victory to become a major rare earths player is well within its reach.

Tempest Minerals (ASX:TEM) has entered into a conditional agreement with Lole Mining to acquire the ‘world-class’ portfolio of assets including the ‘high-grade’ Tolukuma Mine...
Read more
Western Australia

West Wits Mining (ASX:WWI) has started first phase drilling with the objective to confirm historical information on the company’s uranium exploration target at its...
Read more