The company said that results continue to build on the silver grade and mineralisation previously reported south of the Line 1 Indicated Resource zone.

IVR noted that the infill drill program in the southern region focussed on extending Indicated Resource estimate, and the revised resource estimate is anticipated before May.

The program developed to complete a Pre-Feasibility Study (PFS) includes infill drilling to advance the existing Inferred Resource to Indicated Resource status, further development and refinement of process plant flowsheet and design, open pit mine design, and scheduling as well as refinement of power and water supply options.

At the completion of the PFS, an improved level of confidence in key operating parameters and cost assumptions will enable comprehensive project economic analysis, development, and finance decisions to be made.

The company had completed an RC infill drill program at Paris in late 2020, drilling a total of 20,483 metres in 223 holes. The drilling was focussed on the areas classified as Inferred Resource with the objective of both improving the confidence in the grade and continuity of mineralisation, and to increase the confidence of the pending resource estimate.

Line 0.25 is a 25m step-out to the north of Line 0, which currently hosts the only portion of the 2017 Indicated Resource south of Line 0.75. A total of 9 new reverse circulation drillholes and 1 “diamond twin” were completed on Line 0.25. 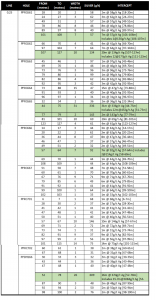 Line 0, 25m south of Line 0.25, hosts the southernmost component of the 2017 Indicated Resource. A total of 5 new reverse circulation drillholes were completed on Line 0. 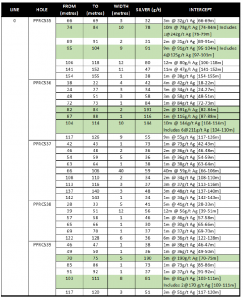 The company reported high-grade results from Line 0.25 as well as Line 0.

IVR said that further QA/QC work to support an additional updated estimated resource is planned. The company said that additional metallurgical studies in addition to process flow sheet and other components to produce a prefeasibility level of study document are also planned.

Investigator’s Managing Director, Andrew McIlwain said: “The intersection in hole PPDH166 of 26m @ 674g/t Silver (from 52m), is in the 6th highest intersection across the entire Paris deposit in terms of length and grade. These substantial widths and down hole continuity, coupled with the closer drilling from the infill program, add support to an increased confidence in the upcoming resource estimate.

The majority of results from the laboratory have now been received and we are in the final stages of compiling these assays. We eagerly await the return and finalisation of the samples from Lines -0.25 and -0.5, to the south of the two lines reported here, as these assays will enable us to better understand the potential to extend the Indicated Resource estimate in the southern region outside its current footprint”.