Drilling had commenced at the project in September 2020, with 41 holes completed and two in progress for a total of 4,831.5m. Key intersections include: 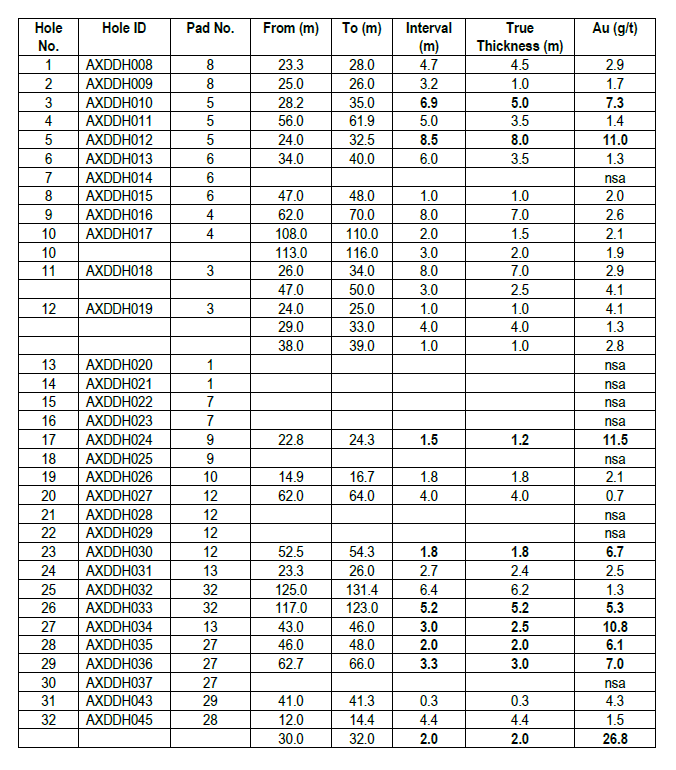 The Alexander River Project is located ~26 km southeast of Reefton in New Zealand. The project (comprised of Exploration Permit 60446) overlays the areas of the historic Alexander River Mine, closed in 1943, which produced 41,089 oz of gold at an average gold recovered grade of ~26g/t.

The Company had reported a combined exploration target for Alexander River of 250koz-500koz of gold at a gold grade ranging from 5 to 6 g/t. This includes the Loftus McKay, Bull, and McVicar West shoots projected to 500m down plunge.