Gibb River Diamonds (ASX: GIB) has discovered a new shoot from Phase 7 RC drilling at the Neta Prospect within its Edjudina Gold Project in Western Australia.

Described as an ‘entirely new style’ of mineralisation, the ‘Carlsen Shoot’ is an ovoid body 25m to 30m wide, 30 to 60m in thickness and plunges 55 degrees to the north.

The company also notes that the structure contains grades of up to 4.84g/t Au, with the shoot appearing to run continuously from surface, and remaining open at 170m true vertical depth. Key intercepts include:

The results provide evidence of strong continuity of shoot’s core as well as its lower-grade exterior, with size and grade maintained at depth.

In addition, there is evidence of a footwall lode underlying Carlsen, however further drill data will be required to confirm if the lode is separate or part of the same shoot.

The Edjudina Gold Project is located in the heart of Western Australia’s Eastern Goldfields, with Gibbs River holding an option over 100% of all tenements with no private royalties. 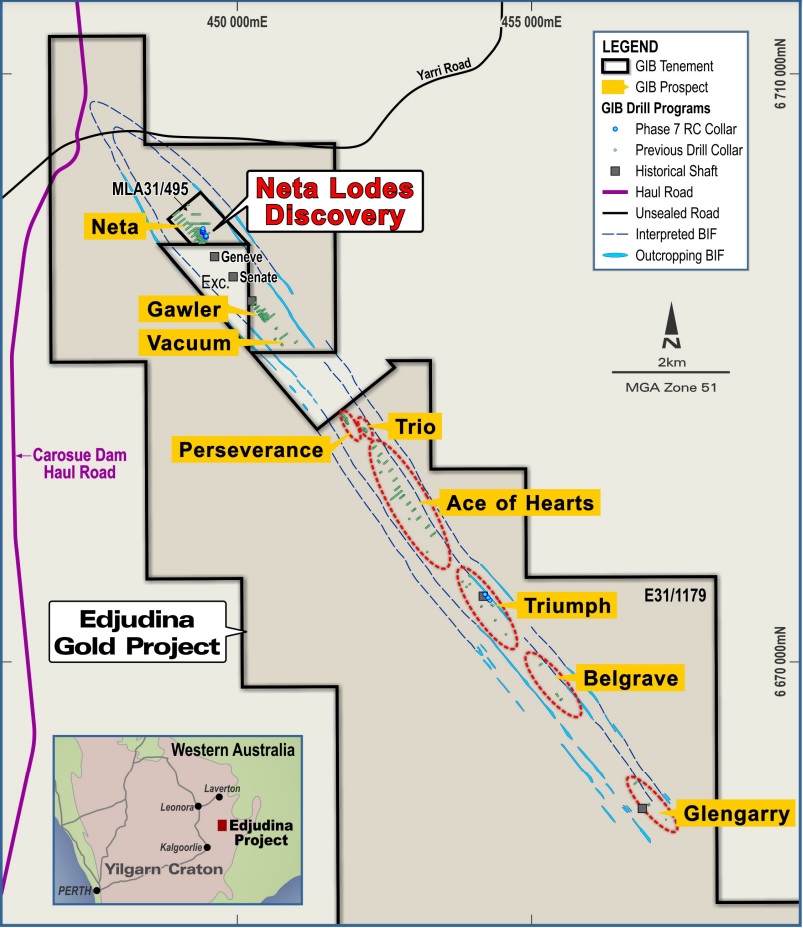 Edjudina is comprised of multiple parallel lines of nearly-continuous historic gold workings over 13km, and has reported historical production of 39,476 ounces of gold @ 41.0g/t.

With Phase 7 drilling now complete, the company reports that it will move forward with follow up work on this new mineralisation in order to expand the Neta endowment.