Encounter Resources (ASX: ENR) has reported impressive copper grades up to 20.9% Cu from surface sampling across 6km of strike at its Sandover Project in the Northern Territory.

Addressing the results, Encounter Resources Managing Director Will Robinson said: “The confirmation of outcropping high grade copper over a large area is a promising start to exploration at Sandover. Sandover covers a Zambian copper belt aged, sub-basin on the southern margin of the Georgina Basin, approximately 170km north of Alice Springs.

Access is excellent with the Stuart Highway and Ghan railway extending through the western margin of the project. Further areas of interest have been identified at Sandover and will be sampled at the start of the 2022 field season.

We are engaging with experts in Zambian style copper deposits to assist in the design of exploration programs to fast track this emerging copper opportunity in the Northern Territory.”

The sampling work was carried-out across four areas spaced 6km apart at the project, with each confirming the presence of an outcropping red-bed sandstone sequence containing copper oxide mineralisation in the form of malachite. 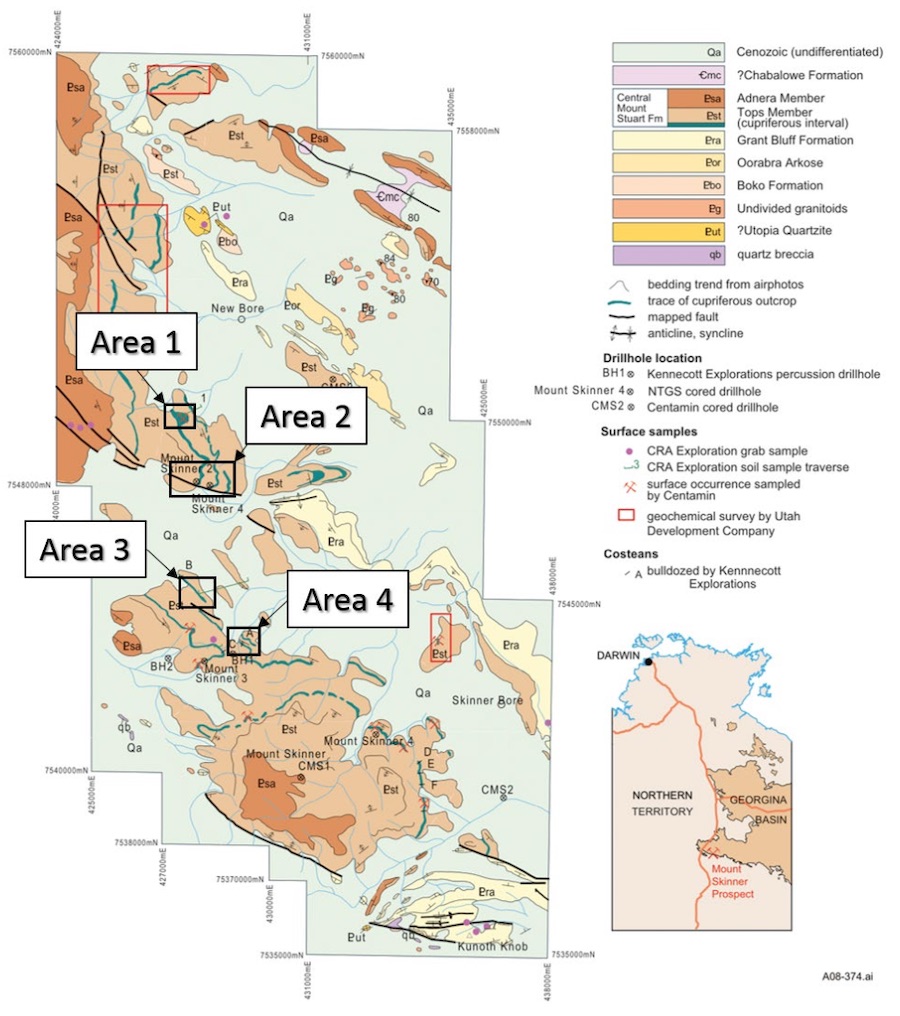 Mineralisation at the project is described by Encounter as analogous to the ‘giant’ deposits found along the Zambian copper belt. With this in mind, the company reports that it is engaging experts in Zambian-style copper deposits to fast track exploration opportunities.

Forward work at Sandover will focus on identifying extensions to the reduced units within the basin along strike and under cover, with a particular emphasis on the areas where these units intersect long-lived basin forming structures.

In addition, further on-ground mapping and sampling at Sandover is scheduled to begin in March/April 2022, along with reprocessing of historic airborne EM survey data to assist with target definition.

Tristan Lal
Originally from Canada, Tristan contributes daily breaking news to Mining.com.au. Tristan completed her Bachelor of Journalism in Queensland, Australia and has over 10 years experience writing on a range of topics including resources, medical, construction, and business.