Strandline Resources (ASX:STA) reports that open pit mine development (starter pits) at its 100% owned Coburn Mineral Sands Project in Western Australia is set to start in July, some 2 months ahead of schedule.

The company has credited rapid construction and early mobilisation of the mining contractor in April 2022 for being ahead of the original expected timetable.

Construction of the temporary tailings storage facility is almost completed, and pre-strip mining is set to begin from next week, with the latter representing another important milestone for the project.

Mine development will now run concurrently with finalising the construction of the processing and supporting infrastructure, which remains on-budget and on track for first production of heavy mineral concentrate (HMC) in the December quarter of this year.

Detailed mine planning optimisation by AMC Consultants, using the latest infill drilling data, has resulted in an enhanced pit design for the first 2 years of the mine plan, which contains less overburden (lower strip ratio) and potentially reduced mining costs compared to assumptions contained within the Coburn definitive feasibility study (DFS).

Infill ‘production control’ drilling and detailed mine plan optimisation has resulted in the lower strip ratio (less waste) for the first 2 years of production. The strip ratio has reduced from an average of 0.7 to 0.5, due primarily to optimising and scheduling more ore closer to surface on the eastern side of the deposit. 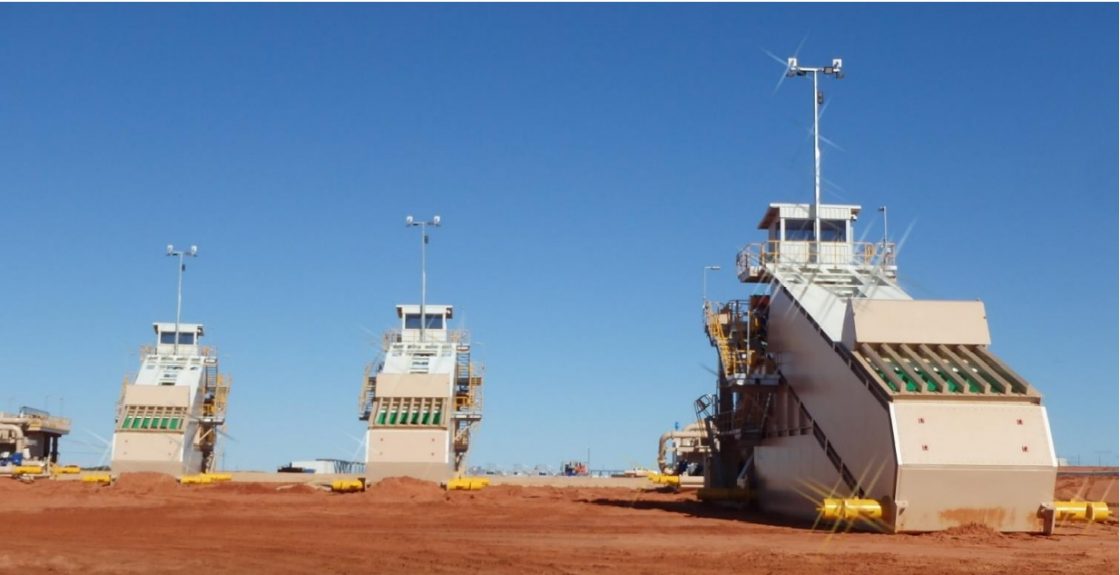 The three dozer mining units have been delivered and assembled on site, ready to be moved into position for mining first ore later this year.

Commissioning of the sub-systems associated with the wet concentration plant (WCP) and hybrid power station is expected to commence from next month as construction verification works ramp up.

The Coburn project is set to capitalise on ‘robust’ margins, the buoyant minerals sands commodity pricing outlook, its tier-1 location, and the growing demand for critical minerals.

The project is expected to be mined until 2045 based on mining the initial 22.5-year JORC 2012 compliant ore reserves, with the potential to extend to 2060 by converting Mineral Resources which exist immediately north and along strike of existing ore reserves.