Rimfire Pacific Mining (ASX:RIM) has reported that it has started a 3,000-metre drilling program targeting platinum and palladium mineralisation at its Avondale and Fifield Projects in New South Wales.

The 15-hole diamond drill program will focus on 6 targets that lie within a 50-kilometre-long belt of underexplored intermediate volcaniclastics, sediments, and ultramafic intrusive units that make up a geologically significant regional scale structure called the Steeton Ultramafic Suture Zone.

The targets are within un-weathered ultramafic bedrock and are prospective for PGEs, nickel, cobalt, scandium, and copper mineralisation.

They are characterised as having historic surface anomalism and/or historic drill intercepts, located 70km northwest of Parkes within the highly prospective Lachlan Orogen of central NSW.

Speaking on the drilling program, Rimfire’s Managing Director David Hutton said: “Testing for primary PGE mineralisation at the Avondale and Fifield Projects is a continuation of the company’s new critical minerals exploration strategy.

This is the first drill program dedicated to finding primary PGE mineralisation on Rimfire tenure in over 20 years and we look forward to providing further market updates as new information comes to hand.”

The Platina Lead, which is Australia’s largest historical platinum mine, is the most important lead with an estimated 17,000 ounces of platinum having been produced at a grade of 5-13g/t and 4,400oz of gold at a grade of 1.5-4.6g/t.

Drilling will test ultramafic units directly underneath and adjacent to Platina Lead, which was mined for coarse alluvial platinum and gold through to the early 1900s.

The company reports that the drilling program will take about three months to complete and in addition to assaying for platinum and palladium, the company will also submit samples for analysis of other PGE’s, including rhodium and osmiridium. 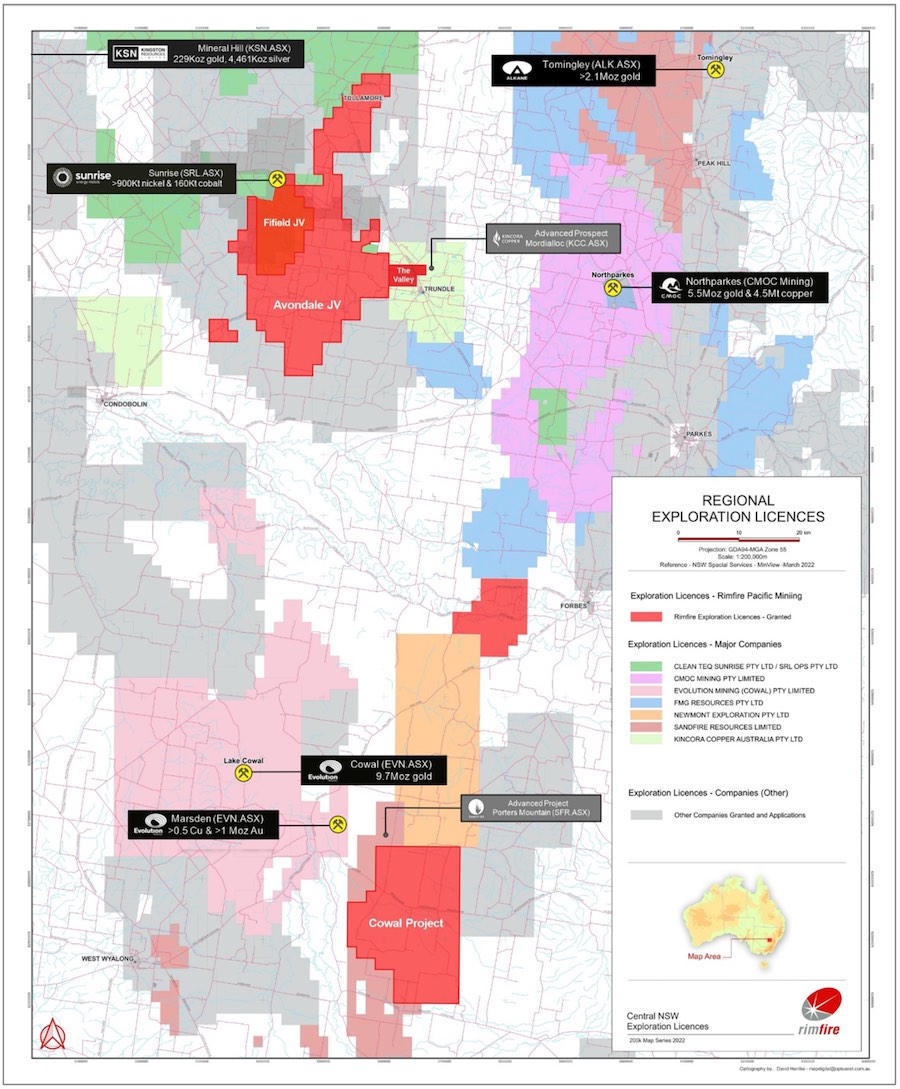 Critical minerals are commodities that have important uses and no viable substitutes, yet face potential supply disruption. These are essential for renewable energy, electrification, and green technologies, with demand coming from sectors including defence, aerospace, automotive, renewable energy, telecommunications, and agritech.