Musgrave Minerals (ASX:MGV) reports it has intersected further ‘high-grade’ gold assay results at the Amarillo Prospect on the Western Trend at its 100% owned flagship Cue Gold Project in Western Australia.

The new intersections from reverse circulation (RC) drilling are outside current Mineral Resource Estimate boundaries and could potentially further grow the resource base at Cue, which is currently 927,000 ounces of gold.

Meanwhile, early stage aircore (AC) drilling to the north of Amarillo along the Western Trend has identified new near-surface regolith gold occurrences. RC drill testing of these new targets is planned for July.

Resource definition drilling at Amarillo is continuing with a maiden Mineral Resource Estimate expected in early 2023.

Commenting on the results, Musgrave Managing Director Rob Waugh said: “These results further confirm that our exploration methodology at Cue is continuing to deliver.

This target area is an extension of the dolerite unit that hosts the high-grade West Island gold mineralisation on the Evolution JV to the north.”

The follow-up RC drilling at the Amarillo Prospect has returned gold results including: 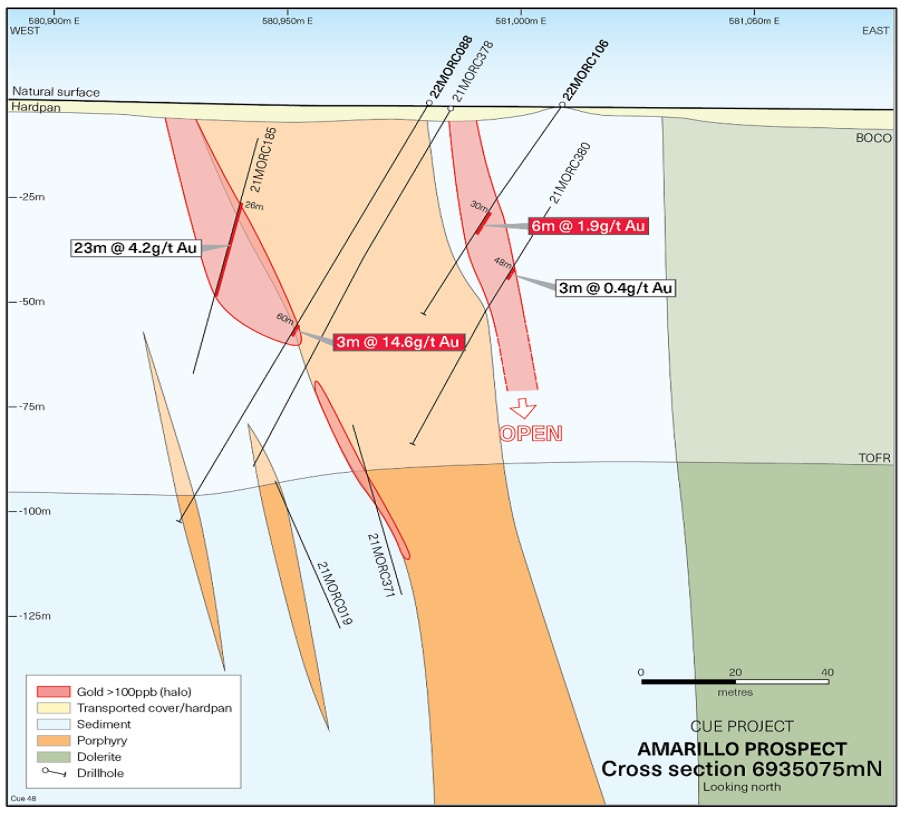 The current new high-grade gold discoveries at Amarillo and along the Waratah Trend are all outside the existing resource areas.