These recent results, generated from the 5th drill hole of an ongoing campaign, have uncovered a previously-unknown breccia system west of the Lana Pipe within the T3 target area, with grades from hole CMLCD005 including:

Speaking on the results, Culpeo Minerals Managing Director Max Tuesley said: “CMLCD005 is another wide >1% copper intercept confirming our belief that the Lana Corina Project has the potential to host a significant >1% near surface copper ore body.

This hole has also confirmed the discovery of a new, previously unknown breccia hosted copper zone that corresponds to the recently identified T3 ground magnetic target. This has the potential to transform the prospectivity of the north-east sector of the Lana-Corina-Laura mineralised zone with multiple, high priority targets identified in the ground magnetic survey analogous to the T3 target over an approximately 1,000m strike.” 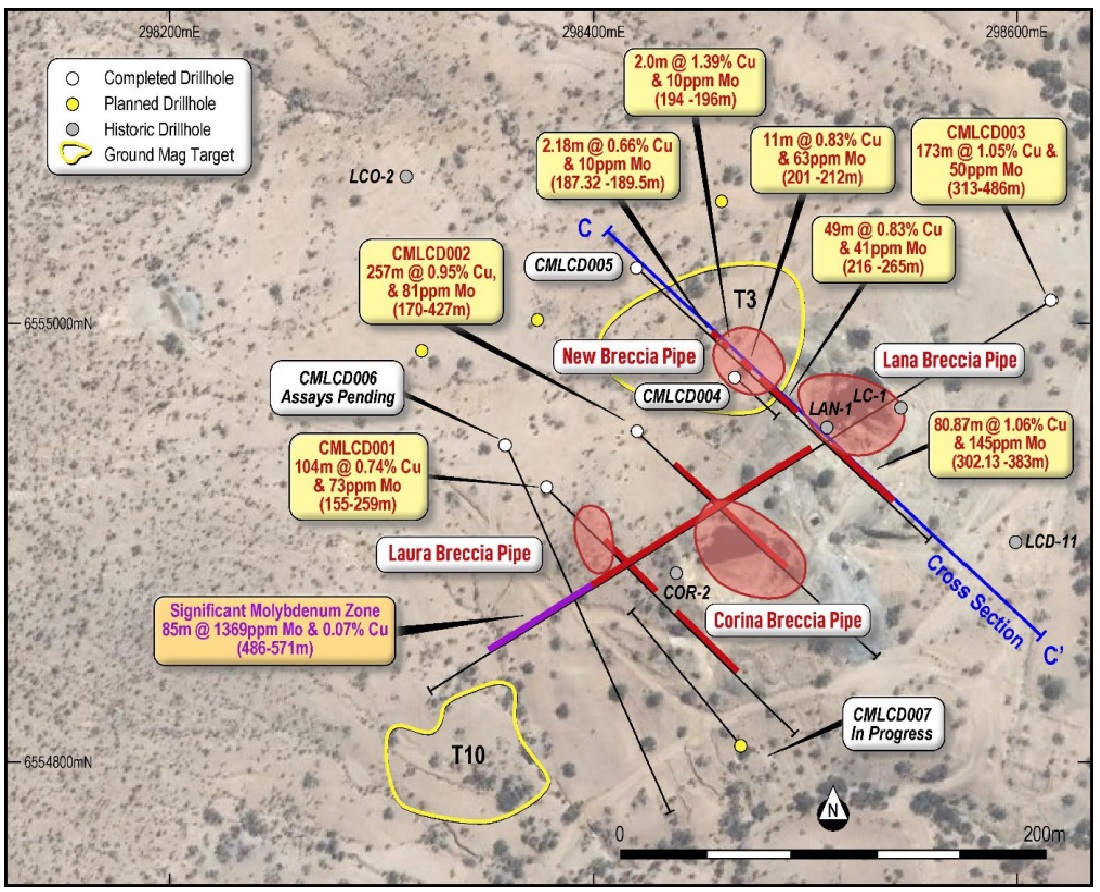 The Lana Corina Project is located within the Coquimbo region of Chile, where ‘high-grade’ copper mineralisation is hosted in near-surface breccia.

The project is associated with a northeast-southwest oriented structural zone that includes over 1km of strike, and is up to 400m wide. Mineralisation is associated with three copper-bearing breccia pipes that extend to a depth of over 200m.

With the results of the 5th drill hole finalised and returned, the company notes that it remains focused on expanding the mineralised footprint of the project, with further assay results to be released when available.