Shares in Carnaby Resources Limited (ASX: CNB) closed up by 16.67% after the miner announced that it had intersected broad zones of copper-gold mineralisation at the Nil Desperandum prospect within its Greater Duchess Copper Gold Project in Queensland. The intersection extends over 300m and is open at depth.

broad zones of copper-gold mineralisation at the Nil Desperandum prospect

Drilling of the first three priority drill holes had commenced in May, as part of the expedited 4,000m RC drilling program targeting the Nil Desperandum Prospect and other key target areas.

The three RC drill holes, NLRC017, NLRC001, and NLRC002 returned outstanding assay results over broad zones of copper gold mineralisation and extended the southwest extent of the main zone to over 300m. 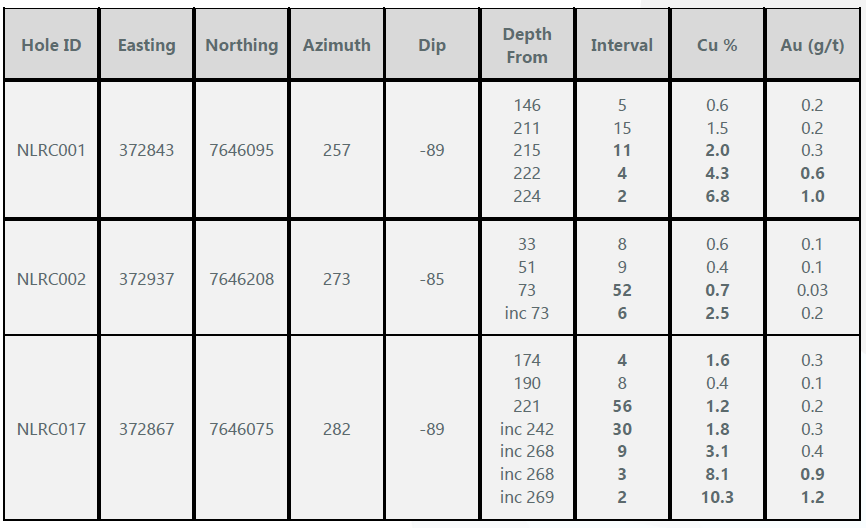 The completed RC drilling also targeted the shallow extension of the main zone mineralisation where the mineralised zone appears to bend around into a southeast striking orientation and join up with the Central Workings trend. Results from these holes are awaited.

Results are also pending for the RC drilling that targeted IP chargeability anomalies generated from the recent ground geophysical survey.

A phase two follow-up RC and diamond drilling program will commence within the next two weeks.

Carnaby Resources’ Managing Director, Rob Watkins said: “These outstanding results from the first three RC holes indicate that we are in a large mineralised Iron Oxide Copper Gold system at Nil Desperandum which appears to be getting bigger and higher grade at depth.

We eagerly await more drill results and look forward to additional RC and diamond drilling starting within the next two weeks.”